The Great Railway Show (Stories From Sodor; flag only)
Thomas and Hong-Mei (International Friends Near and Far; first physical appearance)

A New Home for Hong-Mei (Friends Around the World)

China, officially the People's Republic of China (PRC; Mandarin: 中华人民共和国; Pinyin: Zhōnghuá Rénmín Gònghéguó) is the second-largest country in the continent of Asia.

Thomas visited this country a few times in Really Useful Around the World. During his first visit, he had to deliver some bamboo, which he saw it was very important. Thomas later discovered that the bamboo was for the pandas to eat, and thought it was a waste as he saw it used for other things, like bicycles and furniture. But the person who needed it said that the panda bears like eating bamboo as their diet, so Thomas felt lucky to help.

He later took some passengers one evening, when he saw some villagers hanging lanterns outside their houses, and thought it looked magical. Later that night, Thomas met Yen and asked her why everyone was hanging lanterns. Yen told Thomas that everyone was celebrating the New Year, though Thomas was confused as he already celebrated it on Sodor. She told Thomas that China celebrates it at a different time.

During the reboot, China was one of the most visited countries in Thomas' foreign adventures. 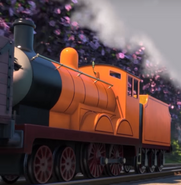 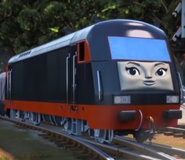 Jing-Yi
Add a photo to this gallery 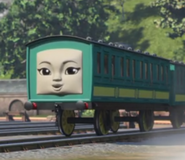 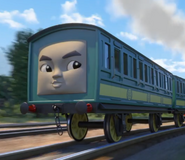 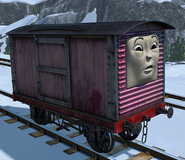 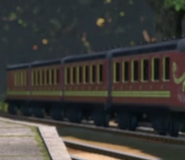 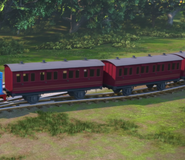 The Chinese Breakdown Cranes
Add a photo to this gallery

Retrieved from "https://storiesfromsodor.fandom.com/wiki/China?oldid=15824"
Community content is available under CC-BY-SA unless otherwise noted.