Crystal Island is located several miles off the coast of Sodor and can be seen from Arlesburgh Harbour. It is the home of many engines. The controller of the railway is Mr. Collins.

The Crystal Island gem mines have been sending gemstones to the Sodor jewelry factories for years, unbeknownst to the engines.

Rex was the first Sodor engine to visit Crystal Island, when he did so in the second season .

Later James and a handful of other engines visited Crystal Island as well.

In the seventh season, Philip and BoCo visited the island. After Amethyst and Ruby saved BoCo from an accident with the runaway Peridot, Richard Hatt allows the Crystal Island engines to come to Sodor.

Following the eighth season, a miniseries about Crystal Island was released. Throughout the miniseries, it gives more background to the engines, rolling stock, and the Island. 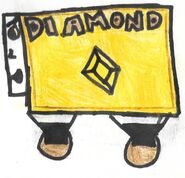 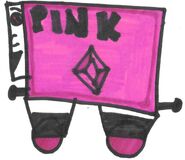 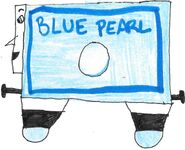 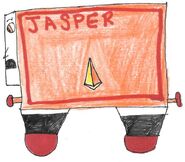 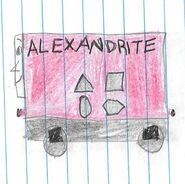