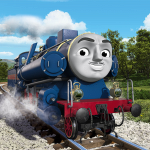 Roles in Stories From Sodor

Hi everyone. I'm Jacobacranmer, the founder of the wiki, and head writer for the series.

Why Did I Start This?

Well, this started as a couple bedtime stories I made up for my sister. But, after I decided to write them down, it became so much more than that. It became something I could escape to when I felt sad or angry with the world around me. And, it brings me back to a better time in my life, back when life didn't seem so awful. I also based characters, namely Sierra and Kira on the people I care about because they are people that make life seem not so awful.

Finding me on other wikis

Retrieved from "https://storiesfromsodor.fandom.com/wiki/User:Jacobacranmer?oldid=18314"
Community content is available under CC-BY-SA unless otherwise noted.